Air hockey is considered–by some–to be most exciting arcade-style game of this generation. Played by young and old in arcades, man caves and game rooms, the game of air hockey is one that relies on both speed, skill, lighting-fast reactions and a lot of patience.

To become a master at the game of air hockey you must become proficient in all aspects of the game, and learn to be just as capable defensively as you are offensively.

The rules of air hockey are fairly simple and straightforward.  As anyone who has ever played the game can attest to, the game can be very tense and competitive, and it takes practice to become a good to great player.

To assist you in this, in the following article we have covered a number of topics related to air hockey, including some words on how to play the game—the rules, etc.  We have also outlined some tips on how to win at air hockey—tips that will outline some of the best offensive and defensive strategies as attested to by some of the game’s professional players.

If you are brand new to the game of air hockey, you might be wondering what the game is all about. Hence, we believe it is important to highlight the rules of the game and how it is played.

The rules of air hockey are fairly simple and easy to learn. According to the guidelines set by the United States Air Hockey Association, a toss of a coin can be used to decide who starts the game. The winner of the coin toss also decides the side from which they want to start.

At the start of the game (known as the face-off), the puck is placed at the center of the table. Both players try to hit the puck with their air hockey mallet, which is also known as a striker.

Now the puck is in play, and both players use their mallets to try and score the puck in their opponent’s goal.  The puck moves very quickly along the smooth surface of the air hockey table.

The reason for this lack of friction is the air that is being blown up from the bottom of the table via an electric motor, and forced through the tiny, symmetrically-drilled holes on the air hockey table.  The result is a puck that is seemingly hovering over the surface of the air hockey table.

The only hard and fast rule when playing air hockey is that each player’s mallet should not cross the opponent’s half of the table. In other words, the player can only hit the puck when it is on their side of the table.

In tournament play, the first player to win four games wins the match.

However, when played recreationally, the first person to score either 7 or 10 times wins the game. You can either decide whether to time the match or end it when a player reaches a certain amount of goals.

To score a goal the puck has to enter into your opponent’s goal and move down the puck shaft, where it is then automatically returned to the surface of the table.

Tips and Tricks that Can Make You a Better Player

Now that the basic rules of the game are clear, the next step is learning how to better your game both offensively and defensively. There are many different ways to hit the puck, and a few different ways to defend your own goal.

Naturally, the object of the game is to score as often as possible, and to do that you will need to learn to be unpredictable.  After all, if your opponent always knows what is coming, he or she will have no problem blocking your shot.

So without further ado, let’s look at some of the best offensive and defensive strategies in the game of air hockey.

According to some of the world’s best players, the most common types of shots that can help you win at air hockey are as follows:

Air hockey players need to rely heavily on the bank shot in order to throw their opponents off balance.  However, not all bank shots are the same, and there is actually an art to this type of shot.

There are essentially two main types of bank shots: “the under bank shot” and “the over bank shot.”  And when these shots are combined to produce strategic shots like the casting cut shot and the one-two shot, you can become a very dangerous offensive player.

When hitting the bank shot, it is important to note that each time the puck ricochets off the wall, its speed reduces. Therefore, a good shot should only bounce off the wall once before entering your opponent’s goal.

The right speed and angle are what you need to trick your opponent and to catch him off guard.

The Under Bank Shot

When performing the under bank shot, the goal is to hit the puck in such a way that it ricochets off the wall on your opponent’s side of the court.  When the puck is struck at the right angle and with the right speed, it will go “under” your opponent’s mallet and into the goal.

This is a great shot to use when your opponent is defending up and away from the goal, as the puck will slide under his mallet and into the goal before he has time to react.

The Over Bank Shot

The over bank shot is just the opposite of the under bank shot. Here, you will want to hit the puck so that it ricochets off the wall on your half of the table.

The goal of this shot is to have the puck cross “over” your opponent’s mallet when he is closely guarding his goal, forcing him to react to the angle of the shot and pulling him away from that position.

And with his mallet is away from the goal, the chances of your puck entering his goal now grow exponentially.

Important Tip for Bank Shots:  It is always a good idea to hit the puck with the front of your mallet. This allows it to travel at maximum speed which makes it more difficult for your opponent to handle.

If the puck slows down before getting to your opponent, it gives them enough time to mount the right defense.

There are also some combined bank shots you can try as you get better with the over and under bank shots.  These are not easy, but once mastered your chances of winning will increase tenfold:

One of the best offensive strategies is a good defense.  Even if you have not mastered some of the more detailed bank shots, you can still stay in the game with a good defense.

Here are a couple defensive tips that can help you win at air hockey:

One of the primary faux pas made by novice players is the manner in which they place their mallet in relation to their own goal. Many make the mistake of placing their mallet almost in front of their goal.

Now, this will not only lower your reaction time but the puck can ricochet off your mallet and enter your goal. To prevent this, it is better to place your mallet six to twelve inches away from your goal.

Also, by moving your mallet closer to the center, you tend to narrow the scoring angle of your opponent. This distance also gives you faster reaction time.

Actually, both of these are good strategies. The basic idea is following the movement of the puck.

It all depends on your stronger sense. If your eyes are faster than your hands, keep your hands steady and follow the movement of the puck with your eyes, then, move only when it is necessary.

On the other hand, if your hands are faster than your eyes, the best way to track the puck will be to move the mallet in the direction of the puck.

In other words, if the puck moves to the right, you shift your mallet a little to the right and vice versa. 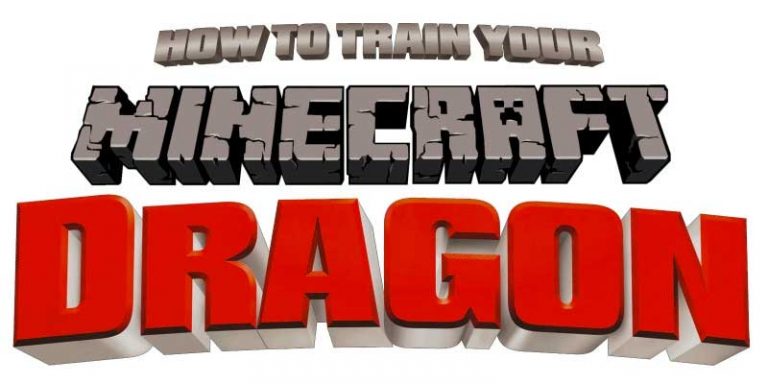 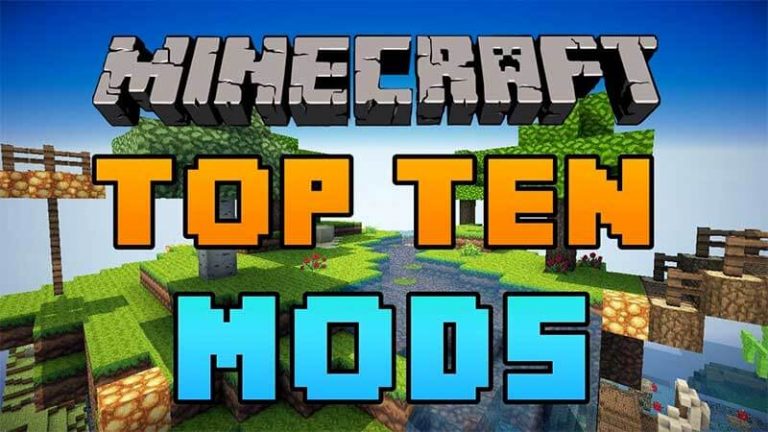 The best thing about minecraft is the community built around it. Without this community the game couldn’t be as great as it’s grown today. What truly makes minecraft unique to me are mods. Mods allow you to add new things to the game which were never there before. This could be as simple as a… 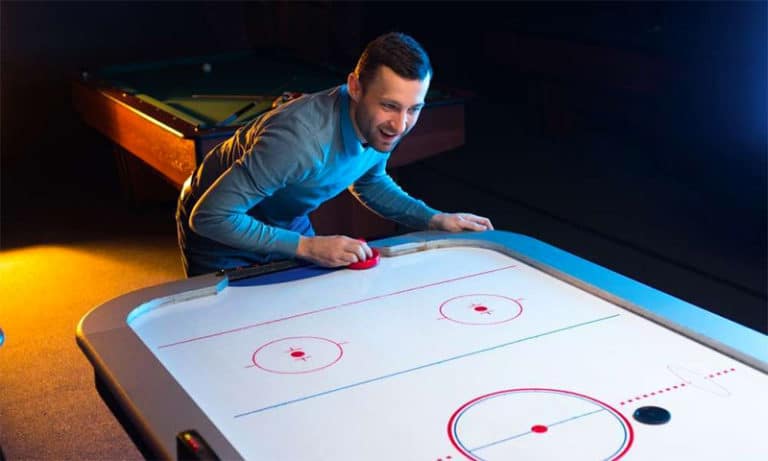 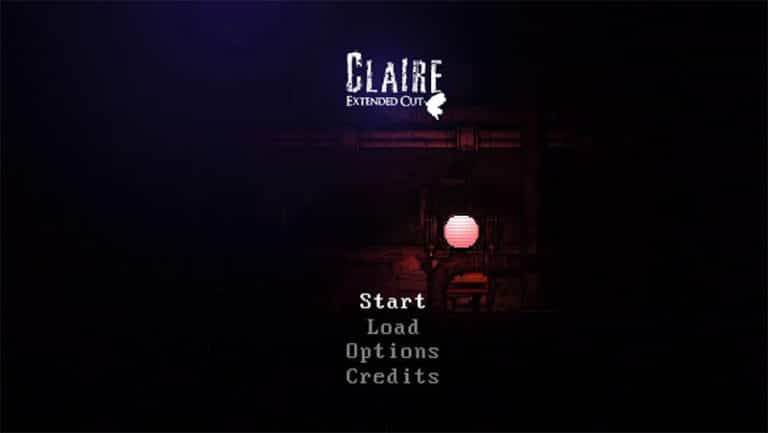 Claire, a young lady taking care of her mother, is sitting in the hospital waiting with her mom, before she goes to grab a cup of coffee so she can work on her essay. When she starts heading back up the elevator, she gets stopped on the wrong floor, and steps out to see what…

If you’re playing the strategy RPG King’s raid, then you may want a little help building that team. Not sure who the best heroes in the game are? No worries, we got you covered with our lists below. Since there are two different gaming styles, Players versus Player (PVP) and Player versus Environment (PVE), we’ve…